The newly formed state of Jharkhand is known for its rich mineral reserves and tribal culture. Situated
Quick Facts on Jharkhand
Established: 15 November 2000
Capital: Ranchi
Largest city: Jamshedpur
No of Districts: 24
Legislature: Unicameral (81 seats) Parliamentary constituency: 14
High Court: Jharkhand High Court
Official Language: Hindi
Area: 79,714 km2 (30,778 sq mi)
Area rank: 15th
Population (2011): 32,988,134
Time zone: IST (UTC+05:30)
between 21°58'10" to 25°18' N Latitude and 83°22' to 87°57' E Longitude it forms part of the Chotanagpur plateau. As the name of the state suggests, it enjoys wide forest coverage. It was carved out of Bihar and came into existence on 15 November 2000. The state with an area of of 79,710 km2 shares border with the states of Bihar to the north, Uttar Pradesh and Chhattisgarh to the west, Odisha to the south, and West Bengal to the east. Ranchi is the capital of Jharkhand while Dumka is its sub capital. Jamshedpur, Bokaro and Dhanbad are major industrial cities of the state. Governance in Jharkhand is on same lines as that of other parts of India. Like other States of the Indian Union, Jharkhand is headed by a Governor, who is appointed by the President of India. However, the real executive power rests with the Chief Minister and his Cabinet. Jharkhand State follows a unicameral legislature. It has only one House of Parliament - 'Vidhan Sabha' or the Legislative Assembly. The Legislative Assembly consists of 81 members. Jharkhand State has 14 seats in Lok Sabha - the Lower House of Parliament. The political party or the coalition of political parties having majority in the Legislative Assembly forms the Government. The administrative head of the State is Chief Secretary, under whose jurisdiction a hierarchy of officials drawn from the Indian Administrative Service/ State Civil Services function. 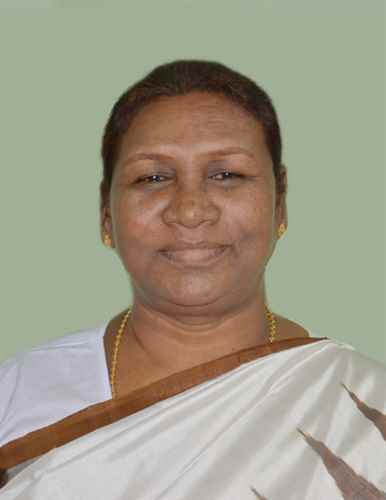 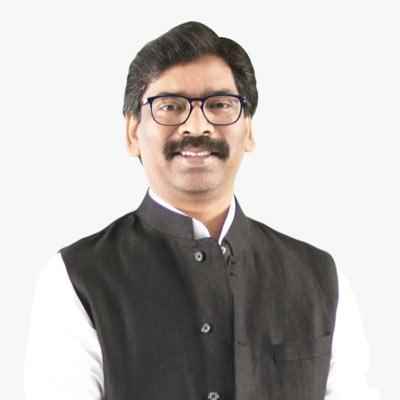 Jharkhand has a Unicameral Legislature. The Jharkhand Vidhan Sabha or the Jharkhand Legislative Assembly comprises of 81 Members and is loacted in Ranchi. The Chief Minister of Jharkhand is the leader of the house. Bhartiya Janta Party, Indian National Congress, Jharkhand Mukti Morcha, Janta Dal (United), Communist Party of India(M), Jharkhand Vikas Morcha, All Jharkhand Students Union are major political parties of the state.

Jharkhand has 14 parliamentary constituencies represented by leaders of various political parties. Once elected for five year term, they are expected to highlight and raise issues affecting their constituencies. In short welfare programs are foremost in their agenda as they represent aspiration of the people at large. 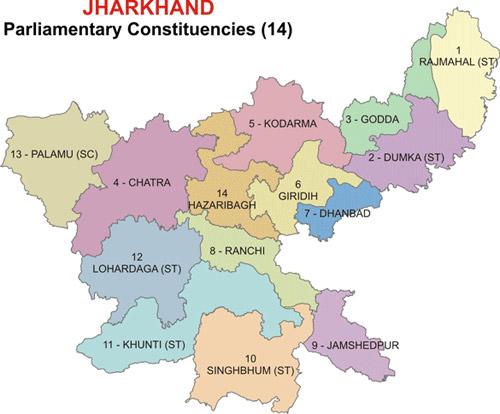 Members of Parliament in Jharkhand

The Judiciary is headed by a Chief Justice. The High Court of Jharkhand is located in Ranchi and was established on 15th November, 2000 under Bihar Reorganisation Act, 2000 (when Jharkhand was carved out of State of Bihar). Its territorial jurisdiction extends to whole of Jharkhand. Hon'ble Mr. Justice Altamas Kabir was serving Chief Justice of the Jharkhand High Court when elevated as 39th Chief Justice of India on September 29, 2012. Hon'ble Chief Justice at present is Shri Virender Singh who took oath on 01st November 2014. Apart from High court there are various district courts across Jharkhand. All together they ensure fair probe and speedy trial of both civil and criminal cases. 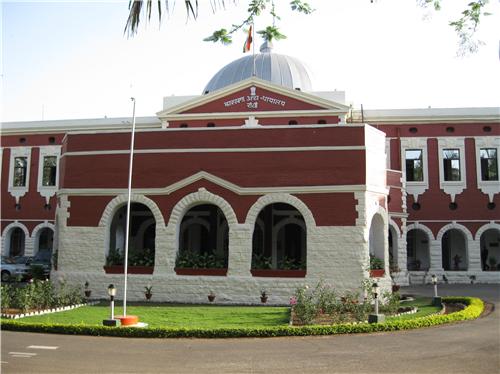 The first Lokayukta of Jharkhand was Justice Laxman Oraon. At present, Justice Amareshwar Sahay, former Judge of High Court of Jharkhand, is functioning as Lokayukta Jharkhand. The goal behind the establishment of institution of Lokayukta is to provide transparent and accountable government for the common man. It is a quasi-judicial body. It acts as a watch dog and helps in improving the efficiency of the government.

Jharkhand is one of the thirteen States in which Naxalite rebels have a considerable influence. Operation Eagle, Operation X, Operation Shikhar, Operation Black Thunder, Operation Hill Top have been launched by police from time to time. The government is working in this direction with the motive to curb unrest and bring the naxalites back into the main stream society.

Are you a Business Owner?

Add the products or services you offer